Five or six years ago, I began making some 3mm-scale proxy vehicles for OGRE/GEV, which then lead to me making a number of 3mm-scale sci-fi vehicle lines.  Many of my early attempts were... rough.  So, I occasionally go back and revise them.

Here is Team Claymore, which was my first anti-grav offering.  The overall shape felt very fast-zippy-killy, which was awesome, but nothing beyond that lent anything aesthetically pleasing to them.  So, I added a few details and am going to re-upload them to Shapeways. 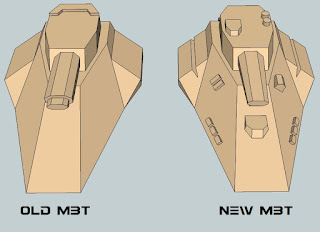 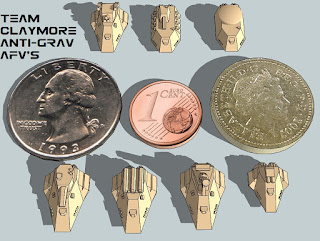 For a size comparison, here are two Team Claymore vehicles alongside two of my modern Russian vehicles: 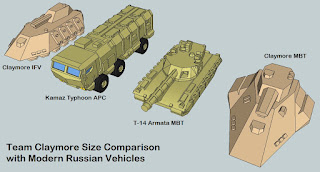 And now some individual glamour shots. 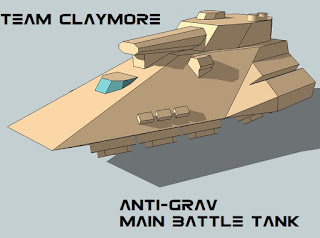 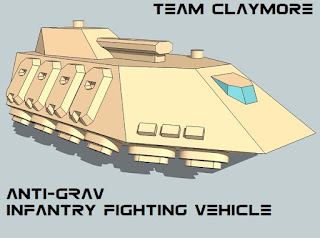 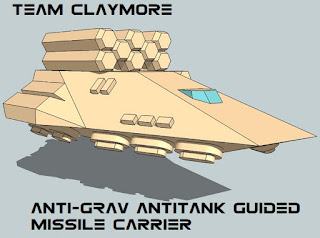 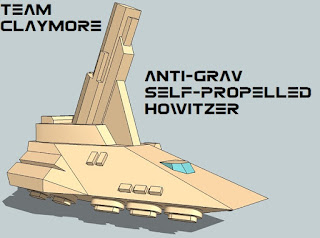 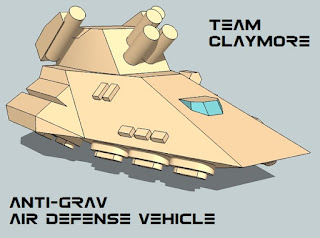 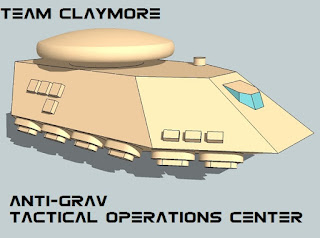 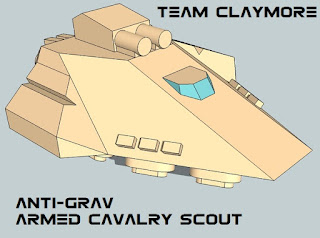 These will be available in a sampler pack, a task force (as shown below), and a tanks-and-IFVs set.