This is a project I've been working on for a couple years now.  It was originally inspired by DLD Productions' awesome Komodo APC, back when I thought DLD was gone forever.  Luckily, David seems to be getting his feet back under him!  So without further ado, here is the Monitor MRAV.

The concept starts with a main hull that has a single driving compartment, smoke grenade dischargers, and bolt-on applique armor.  Then there are three accessory hulls -- one for an infantry carrier, one for a basic armored fighting vehicle, and one for a tactical operations center.

Then there are the mobility types.

One of the points of this system is that the mobility pieces all use the same mounting lugs on the main hull.  This allows for making custom half-tracks and whatnot.

The starting selection of weapons includes a remote Gatling, a remote autocannon, an IFV turret, an ATGM turret, and a full tank turret.  There are other things planned, but this is the start.

Now here are some of the examples of the combinations that can be built with the above elements.

First, an anti-grav tank of the Saudi Marines armed with a low-profile autocannon. 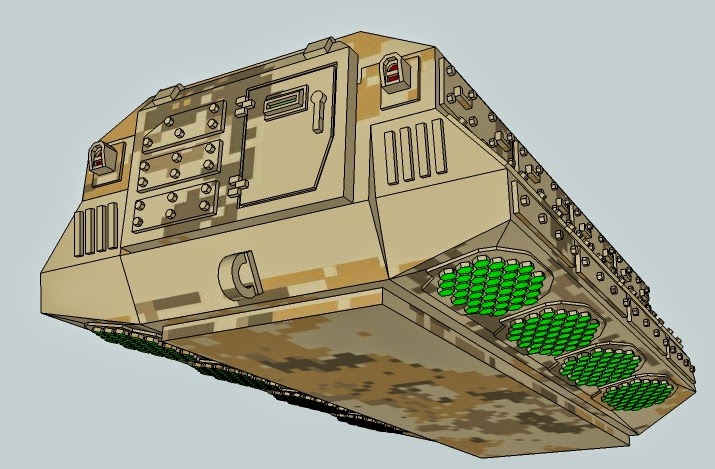 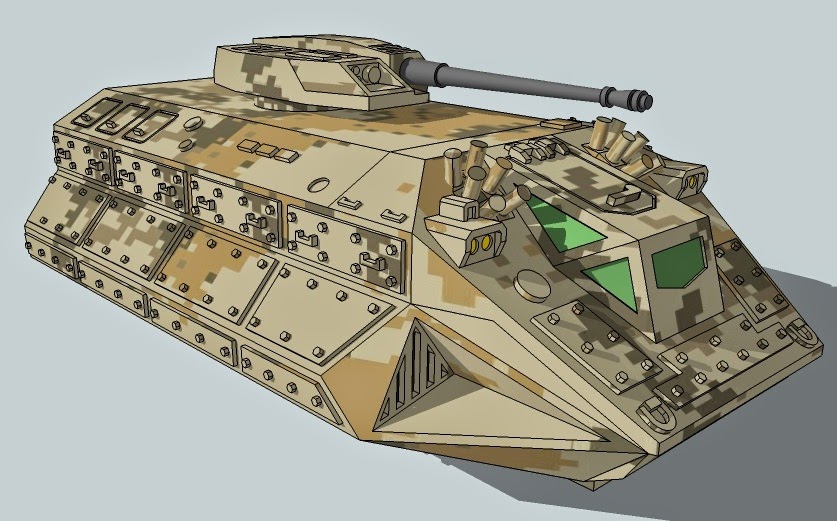 Next, a full-tracked antitank missile carrier of the New Prussian Army. 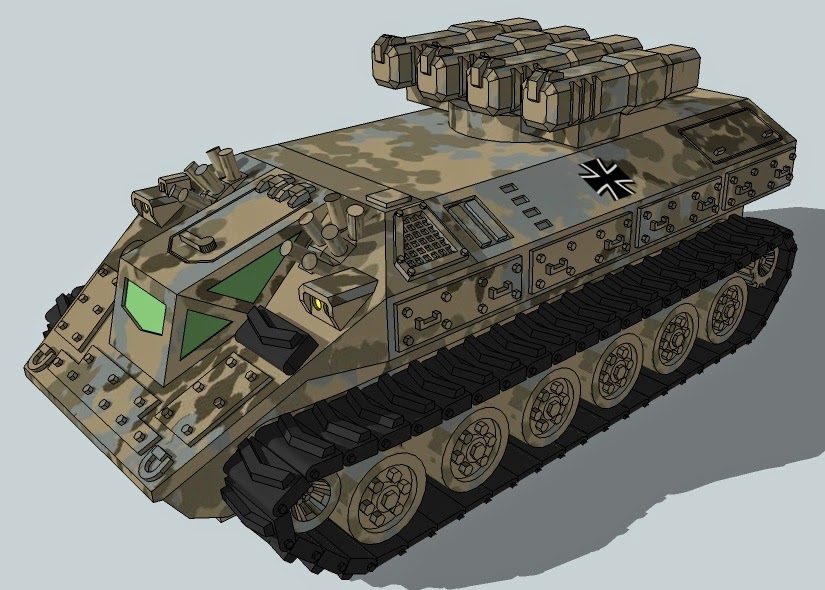 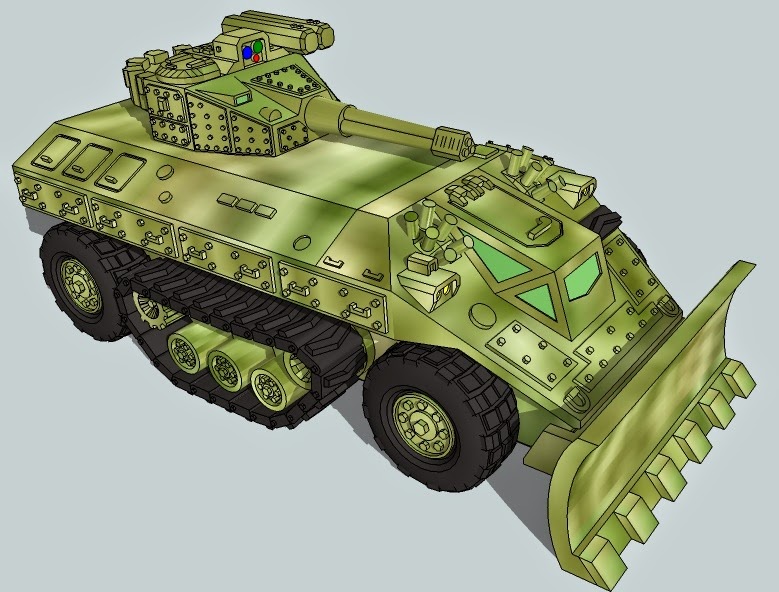 Another half-tracked vehicle armed with a full tank turret, in use by the Democratic Republic of Northern Chad. 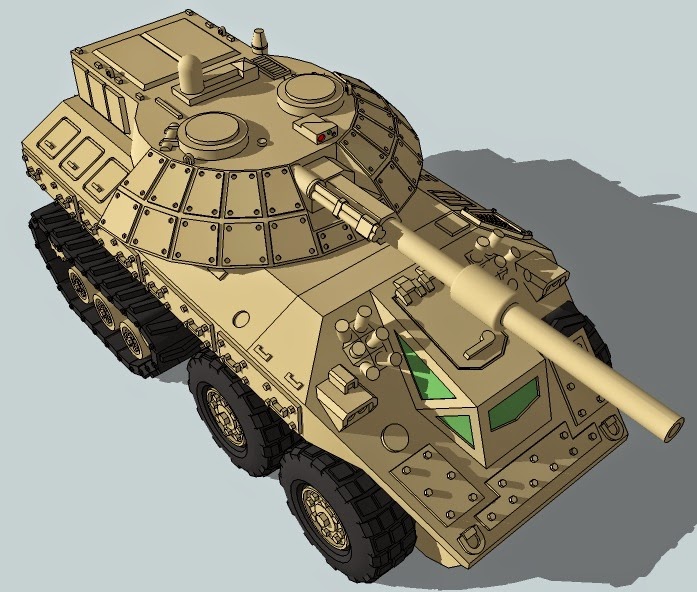 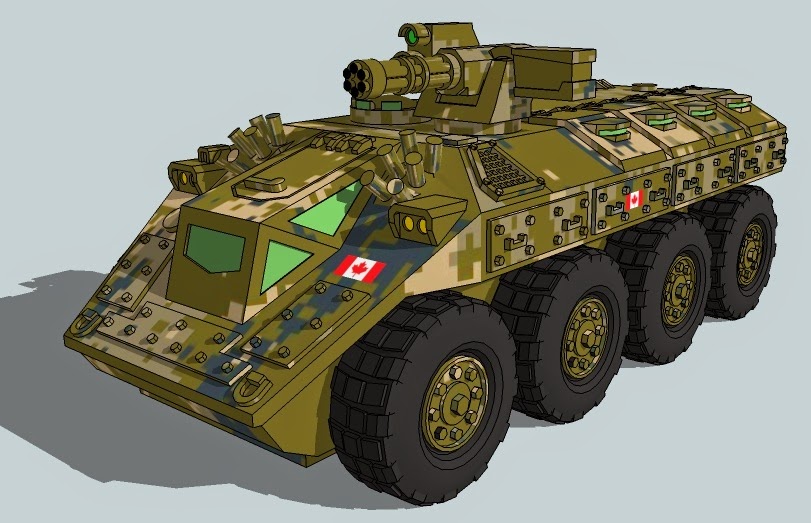 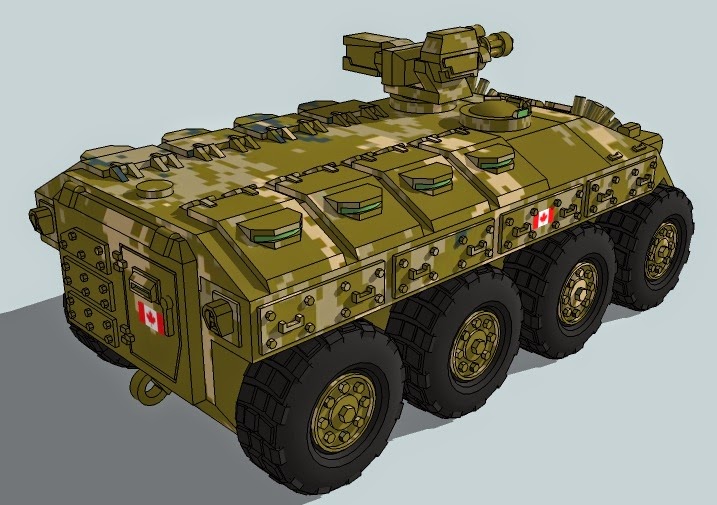 The US Army utilized this GEV armored cargo vehicle in the Sinai. 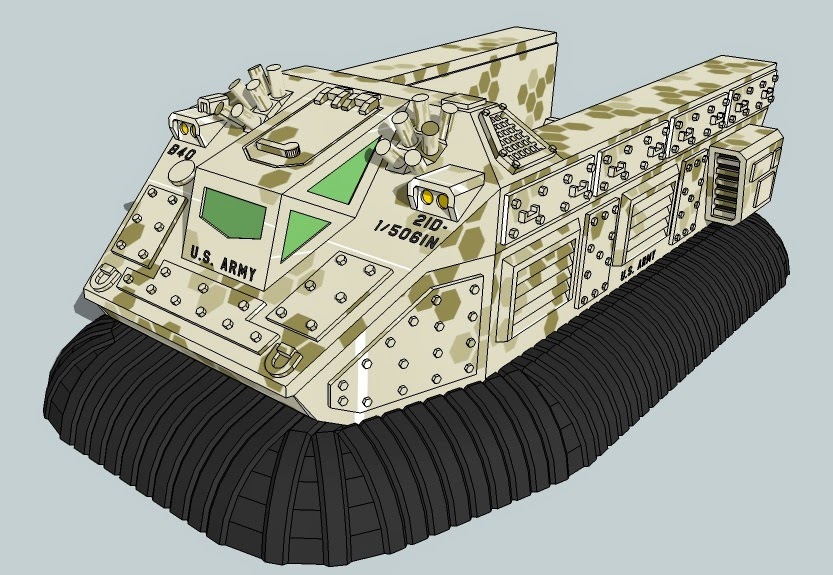 This wheeled 6x6 armored tactical operations center of the Russian Army has a cargo module in place of the second wheel on each side.  The module mounts using the same lug as the wheels and tracks. 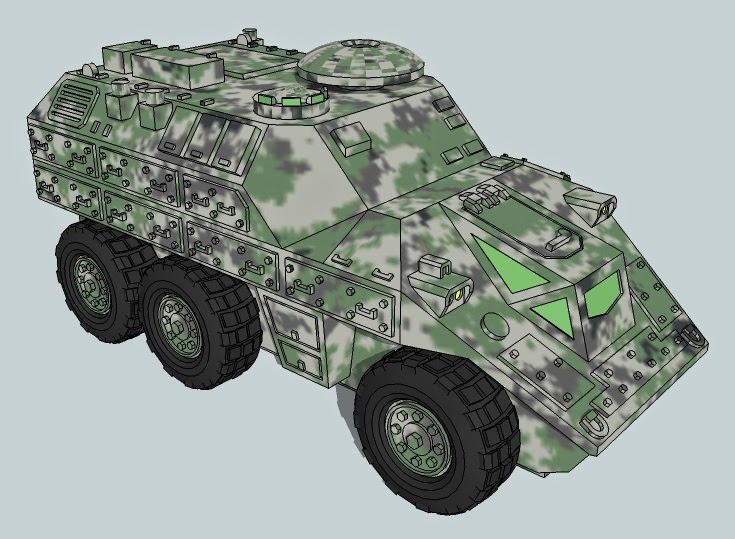 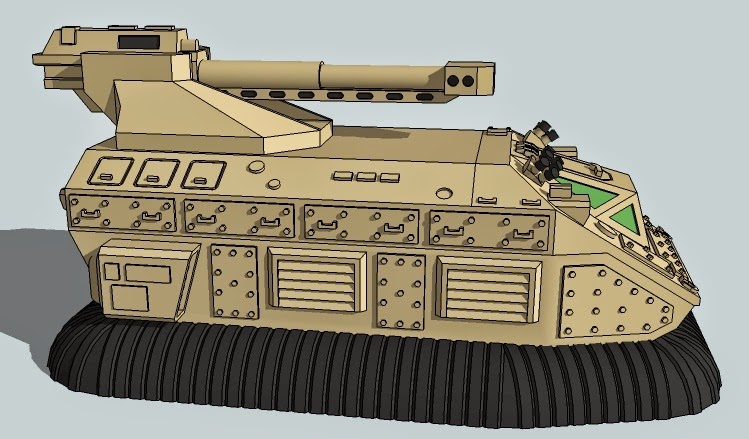 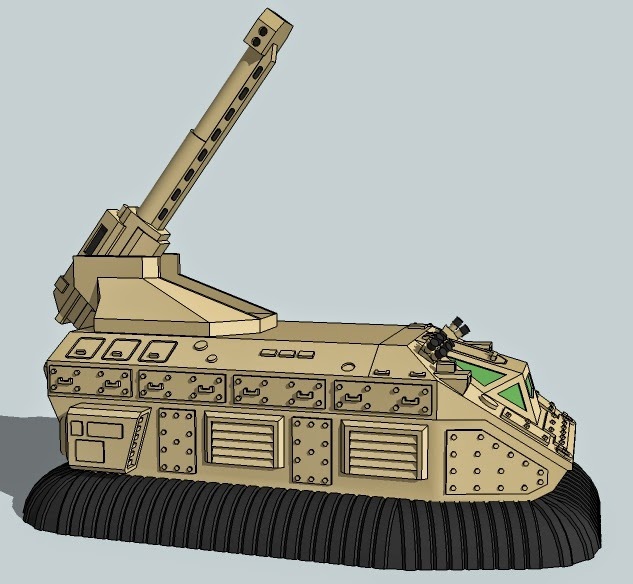 There are more ideas kicking around inside my brain, but this will do for starters!
Posted by javelin98 at 8:27 PM No comments: