Just a little peek at some 3mm sci-fi WIPs...

By request, here are some new 3mm sci-fi items going up on Shapeways, and there will be more to follow! 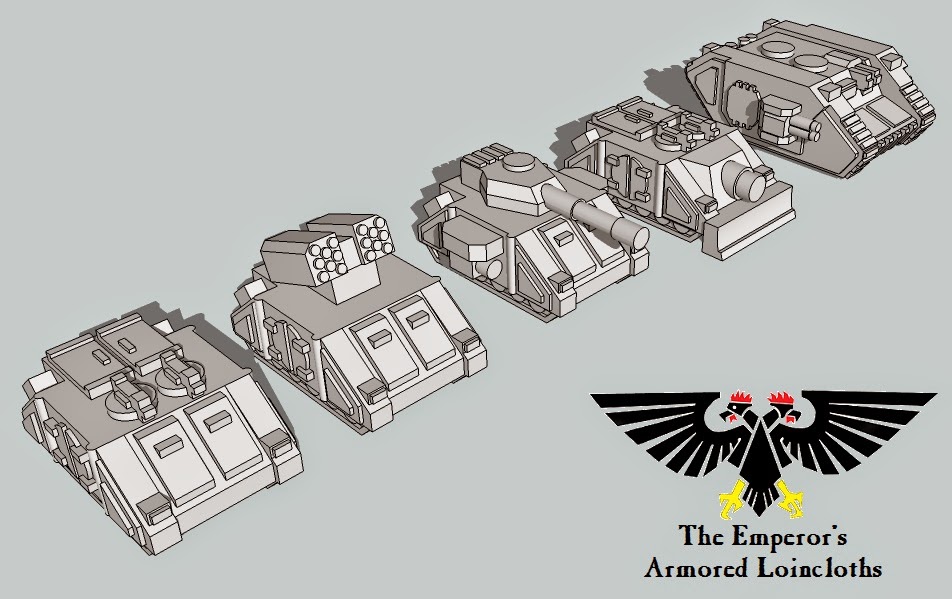 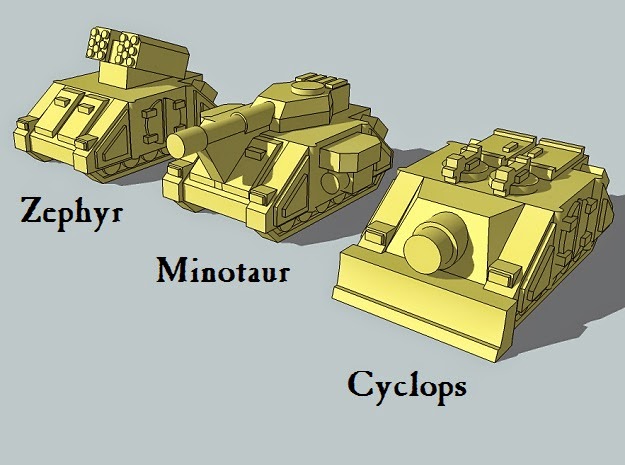 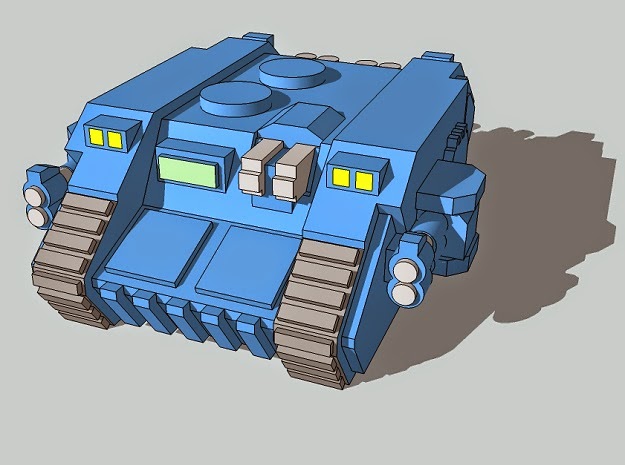 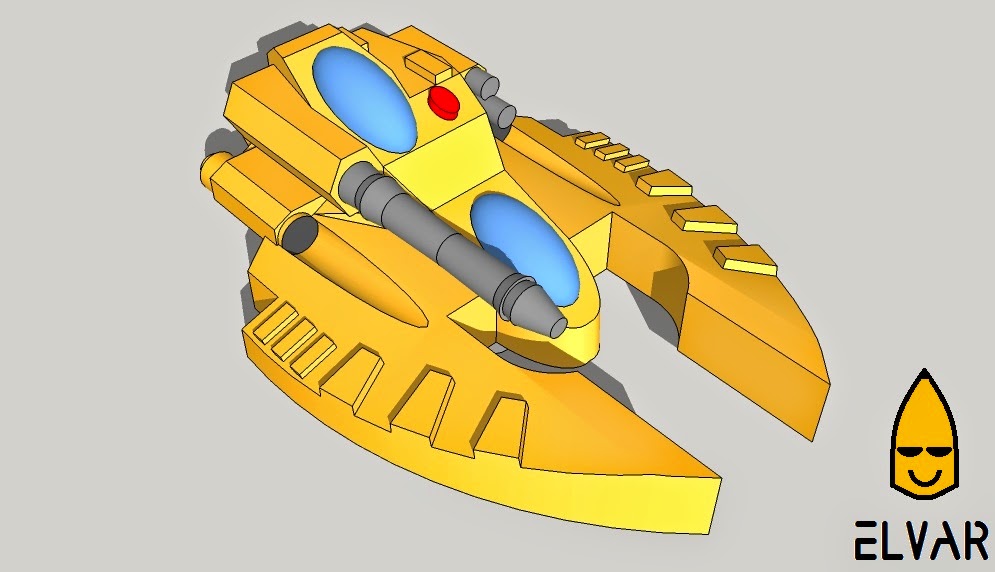 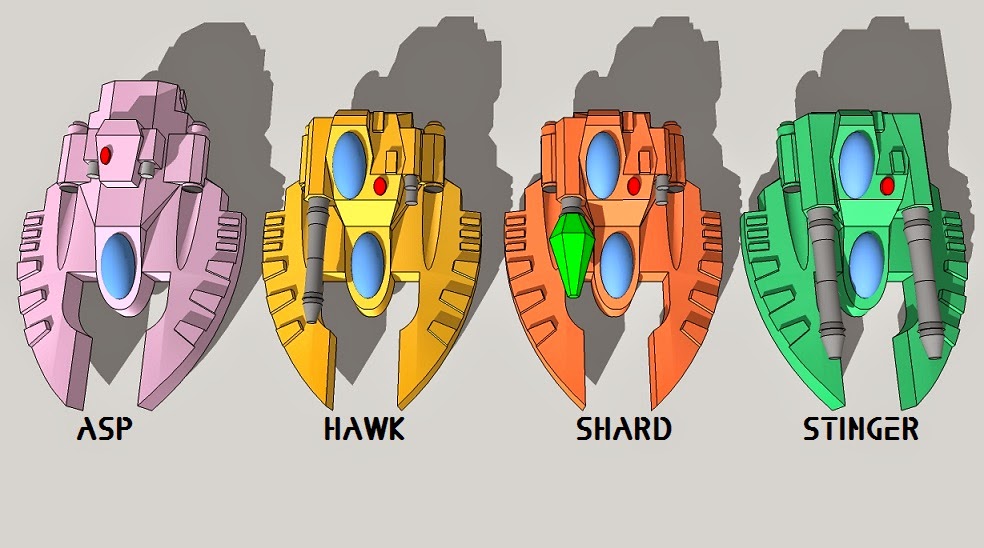 I've had some requests to make a 6mm Thunderhawk for Epic gamers.  This was kind of low on my list, because there are a fair number of official Thunderhawk models already on the market and, frankly, I really dislike the current Thunderhawk.

But then I ran across this thread on the Work In Progress forum.  I contacted the poster and asked if I could use his very cool scratchbuild as the basis for my own Thunderhawk, which he generously agreed to.  Using that and the design aesthetic of the current generation of Space Marine aircraft, I gave it a shot.

After several days' effort, I present to you, the Javelin-pattern ThunderSquak heavy dropship!  It isn't ready for printing quite yet, but hopefully I'll have it up on Shapeways in day or two.  There will also be a vehicle transporter variant coming in the near future. 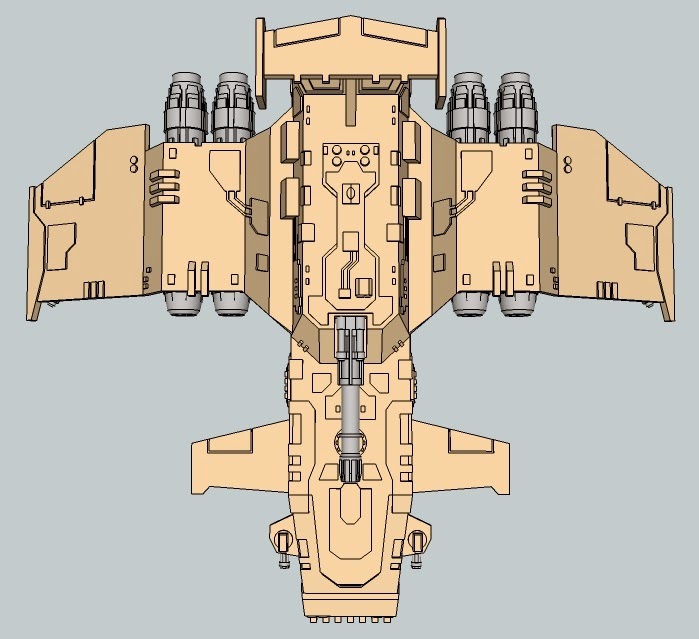 It's a big beast: 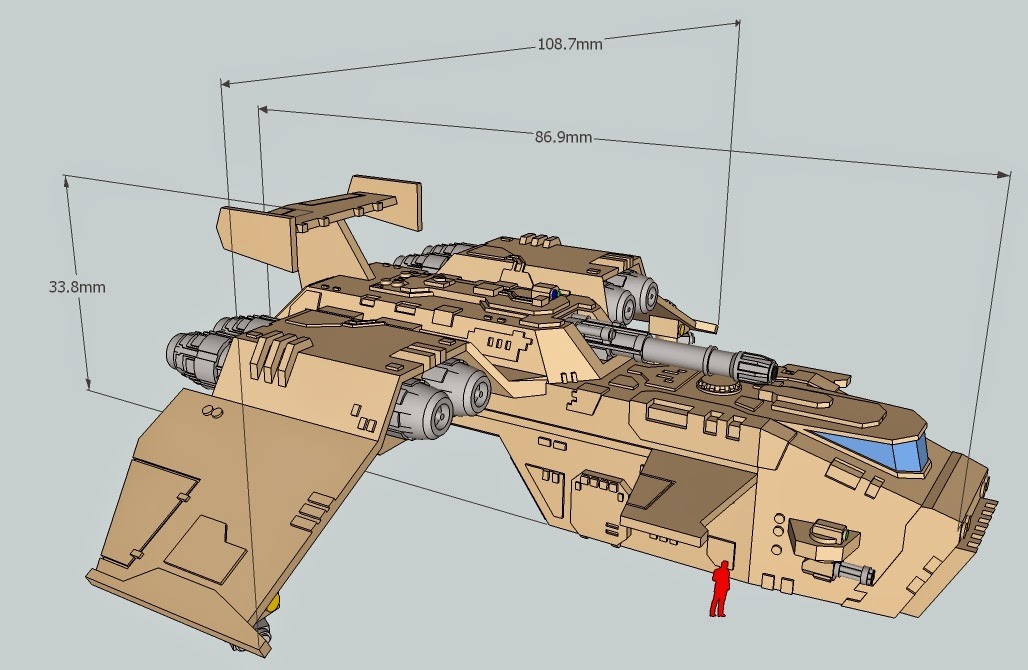 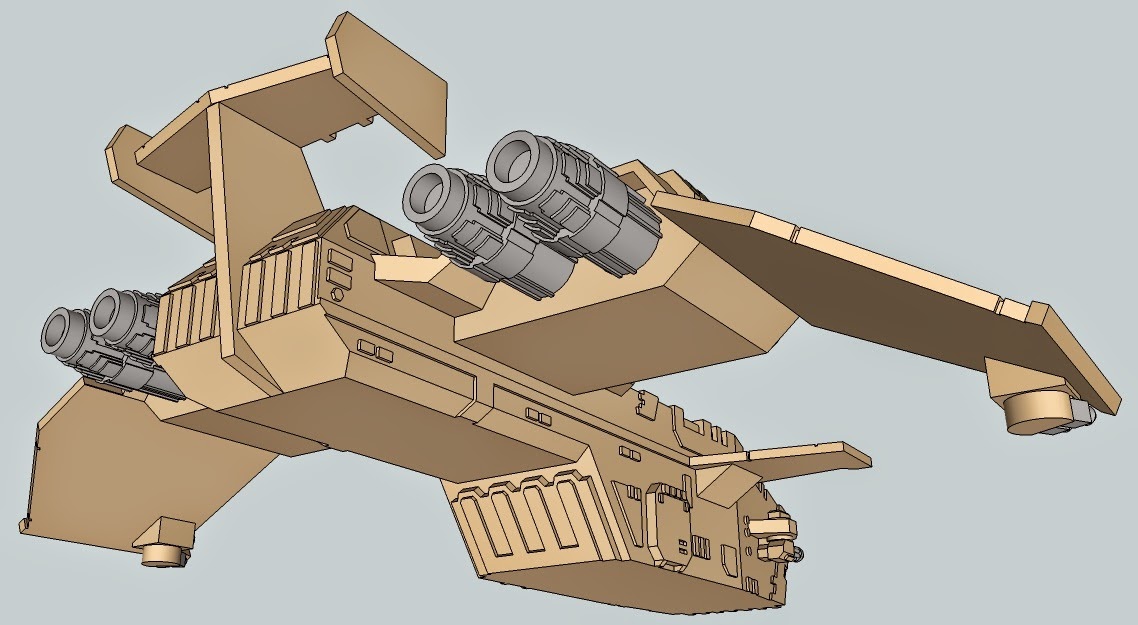 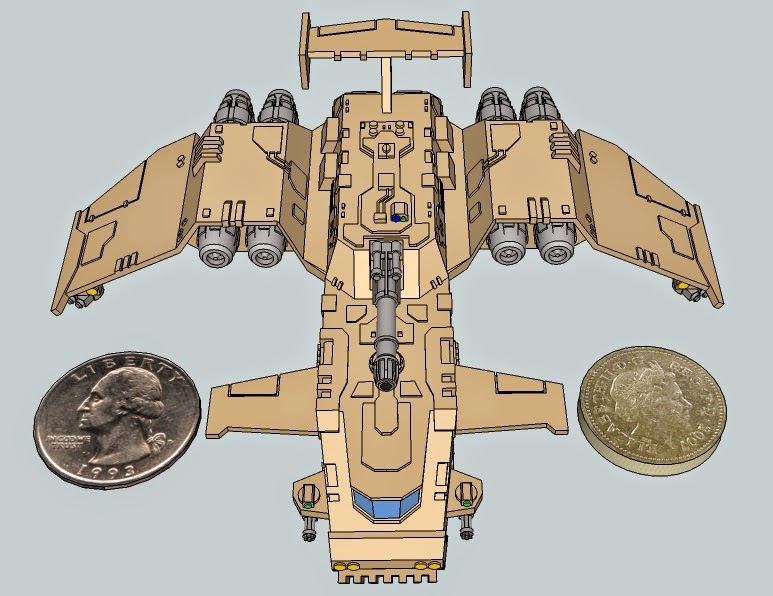 Here is a comparison shot with my Stormturkey dropship:

A closeup of some detail around the battle cannon:

UPDATE:  Here are a couple of pics of the Transporter variant.  The gantry clamps underneath the hull come as separate pieces, in case the modeler doesn't want to use them. 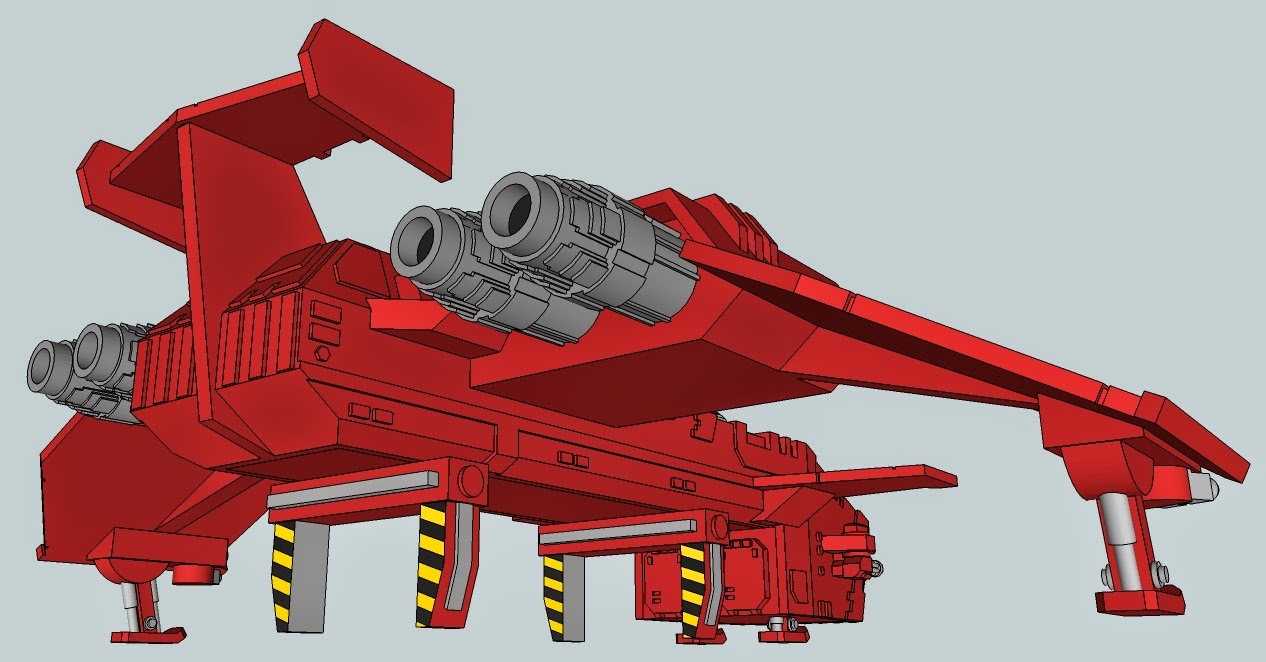 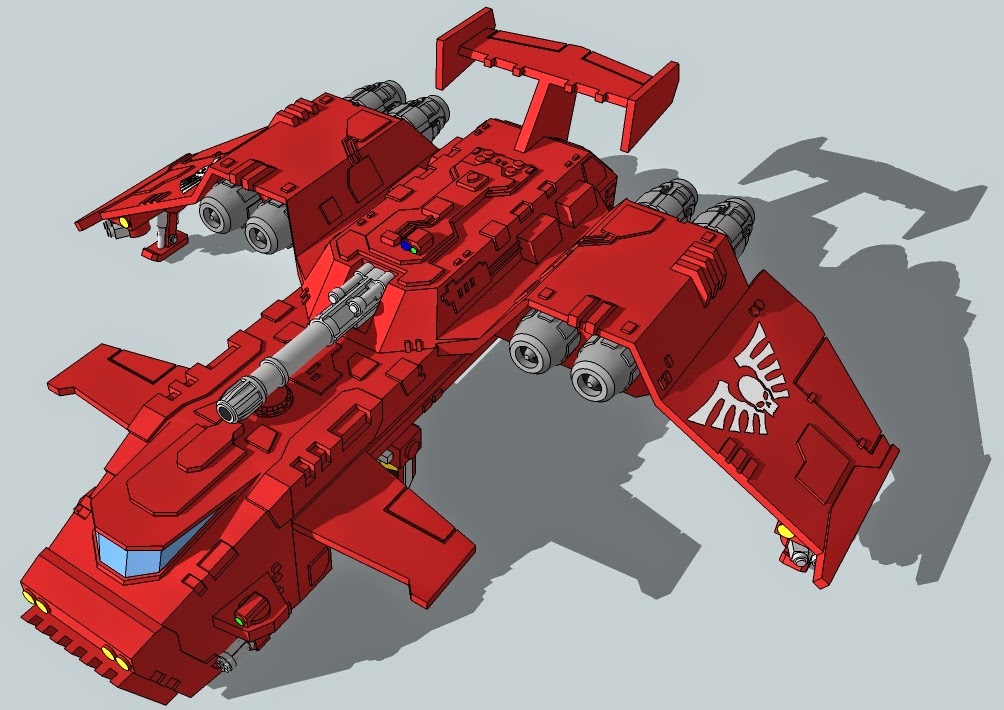 Here is another fleet of Aeronefs that I recently dusted off and spiffied up.  This is the Spanish Armada, and for this fleet I tried to add more of the finer details as well as go for an overall more industrial look than some of my earlier Aeronef fleets.  This fleet features outrigger propulsion fans, more stairs and doors, better-detailed funnels, outrigger torpedo tubes, and more detailed cannons in open barbettes.  I tried to add cowl vents, but they turned out just to be too small to be able to print, so away they went.
﻿

First up is a group shot for comparison: 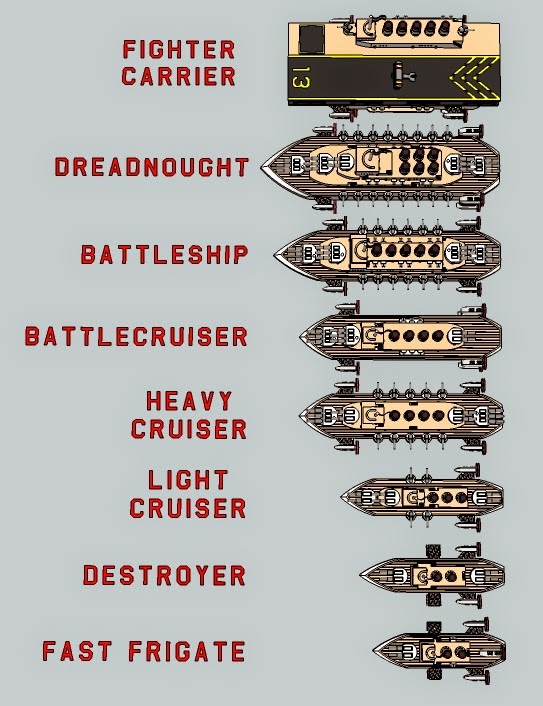 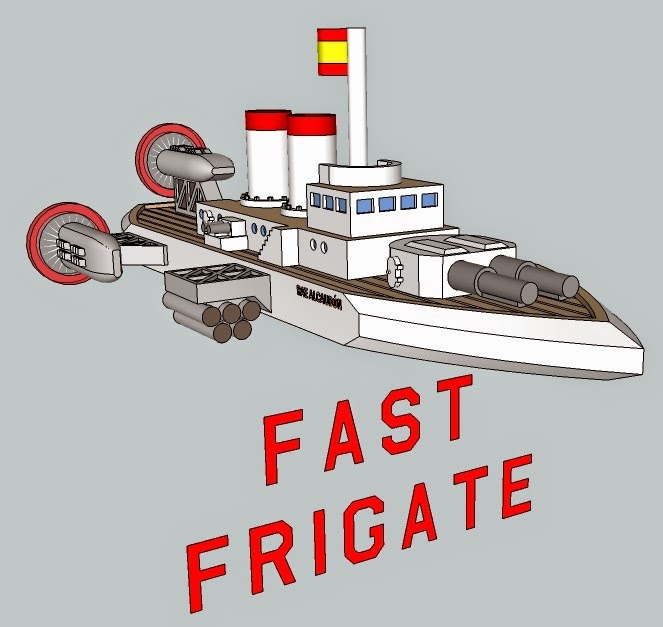 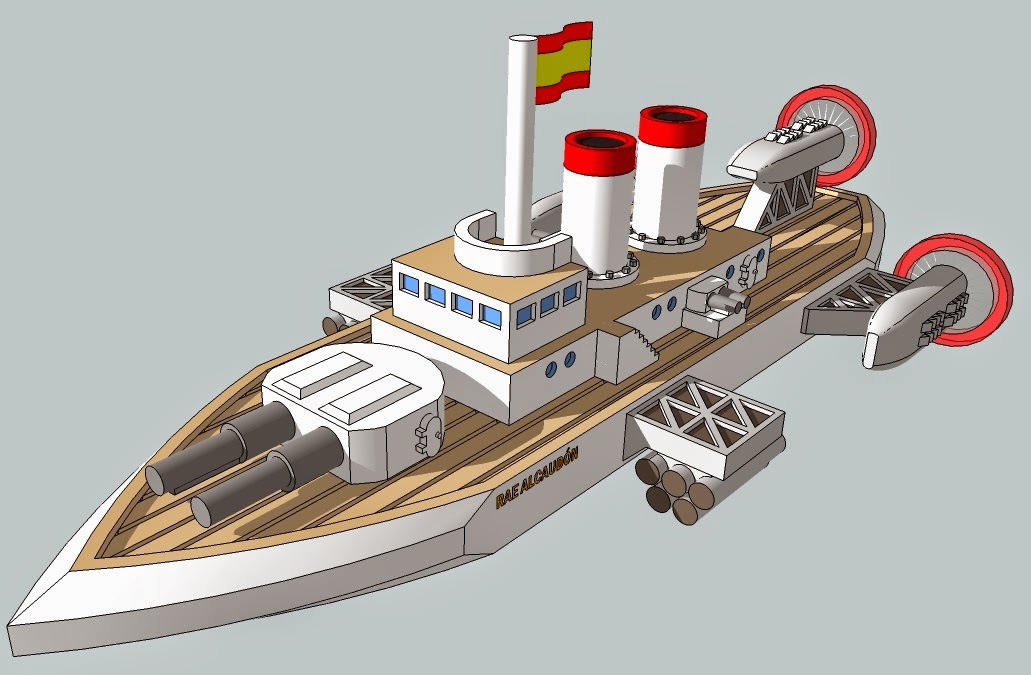 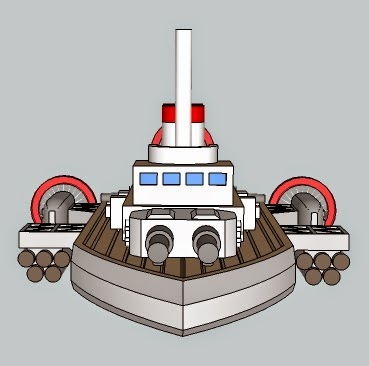 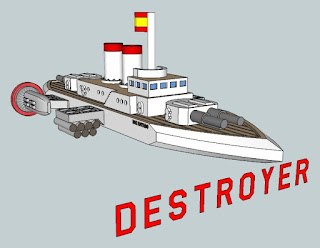 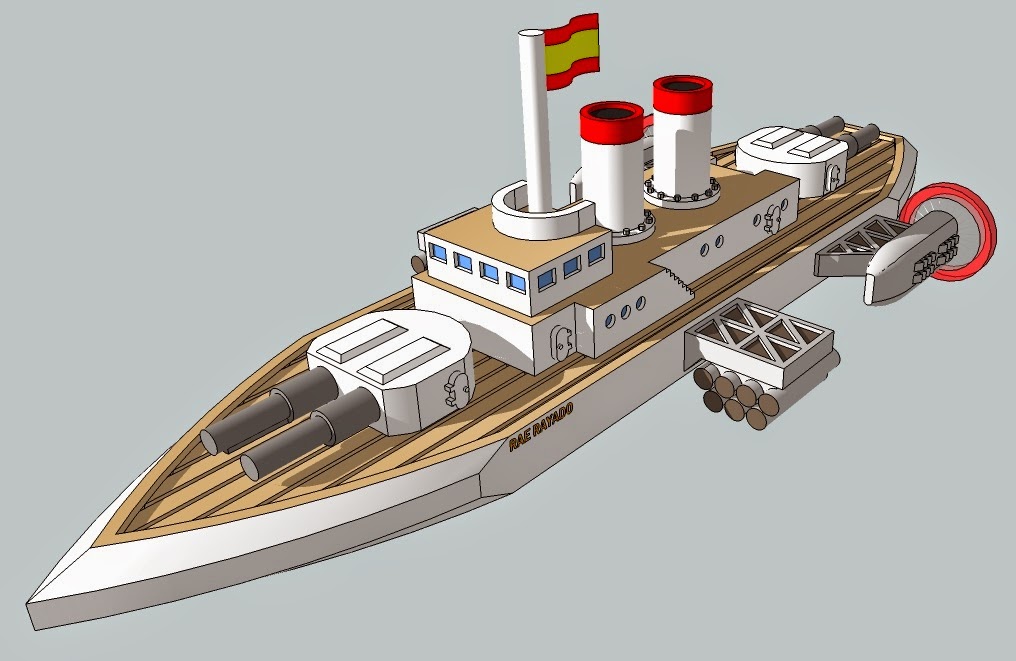 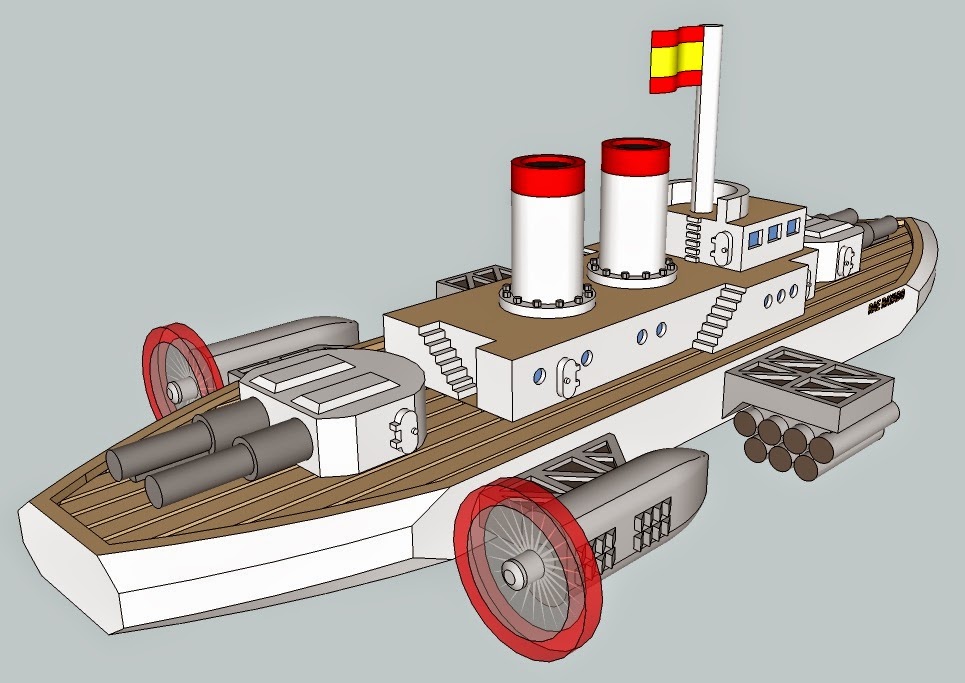 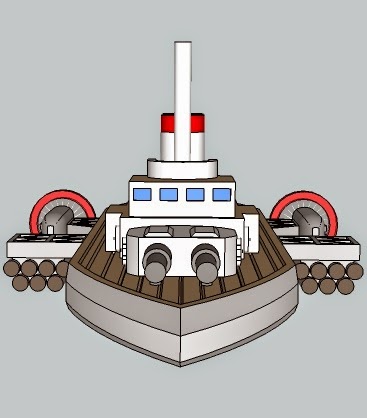 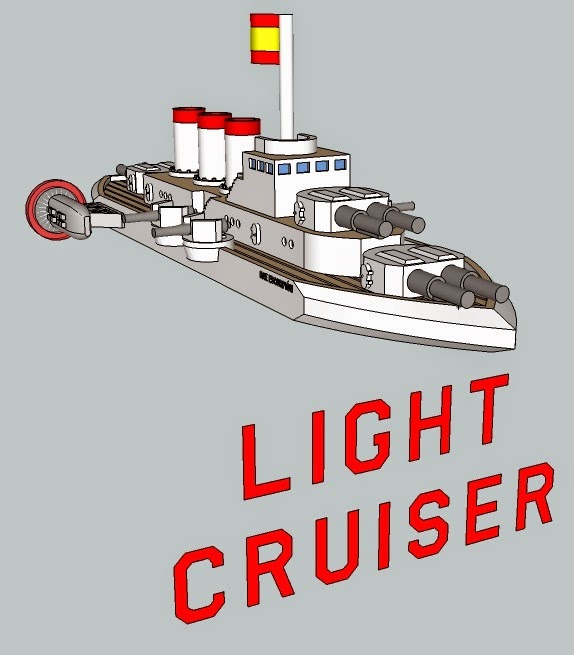 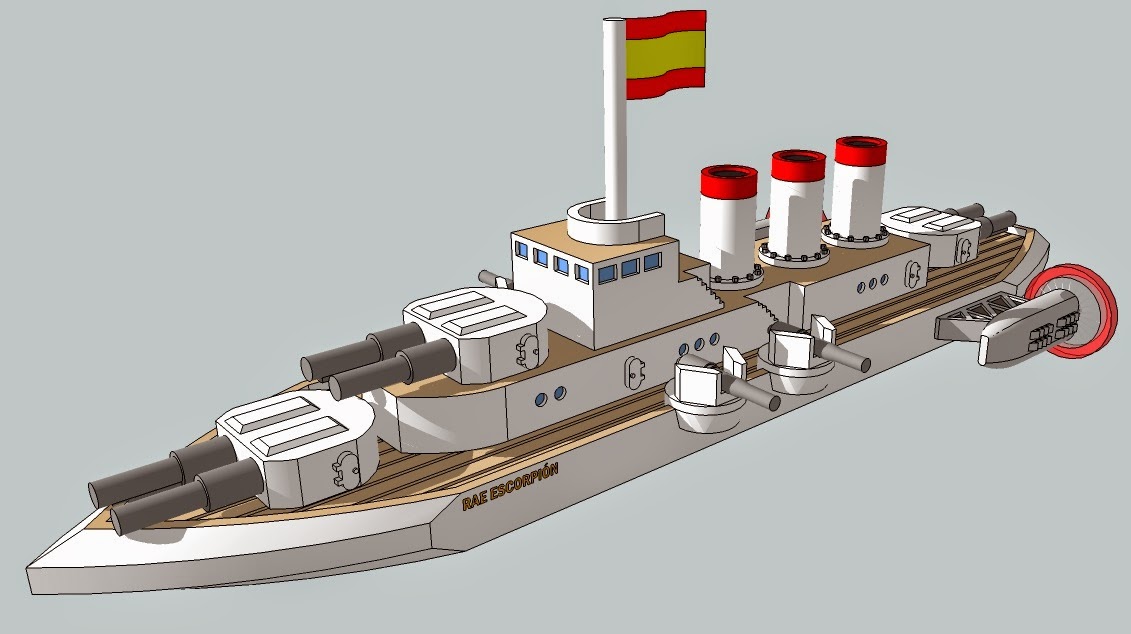 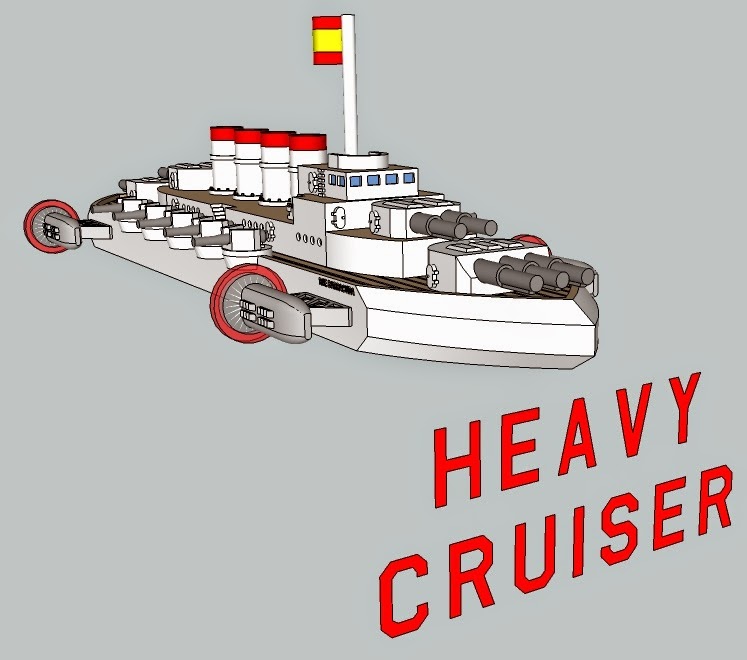 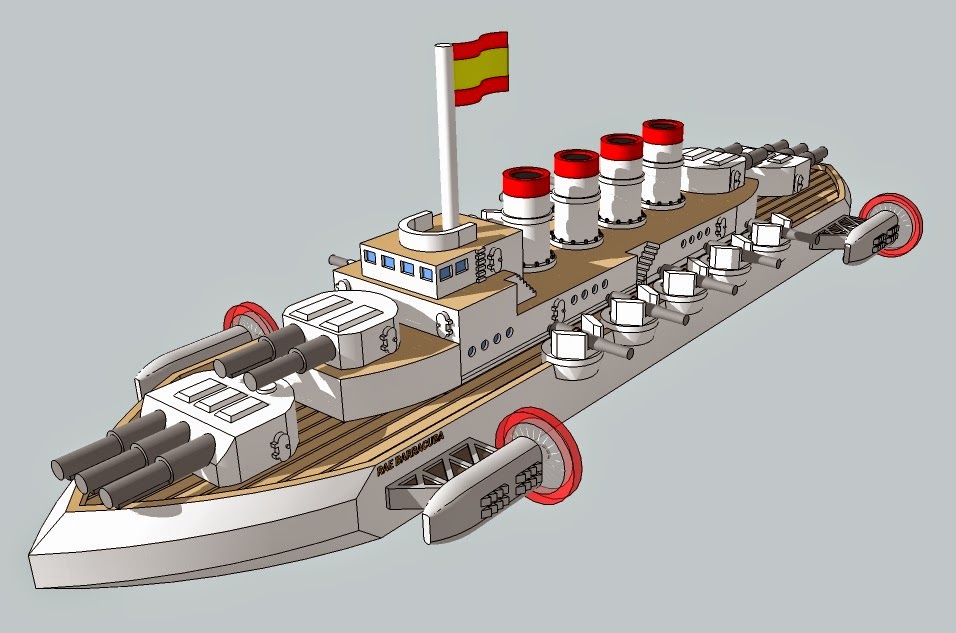 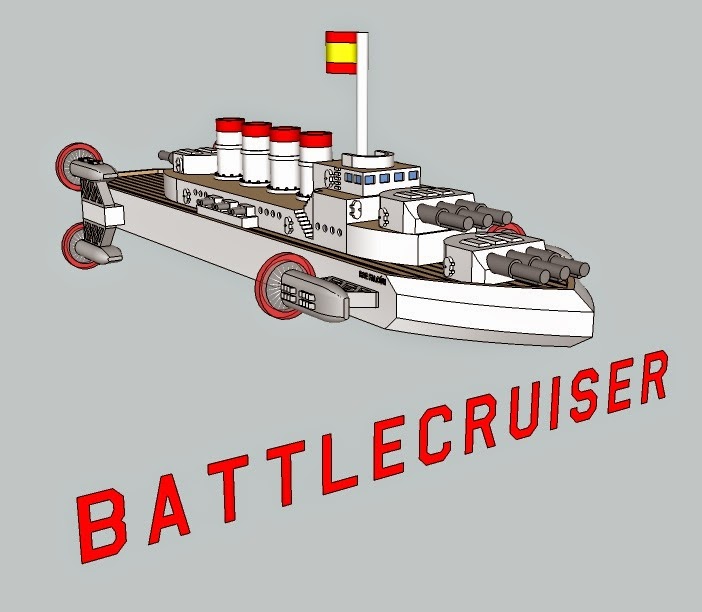 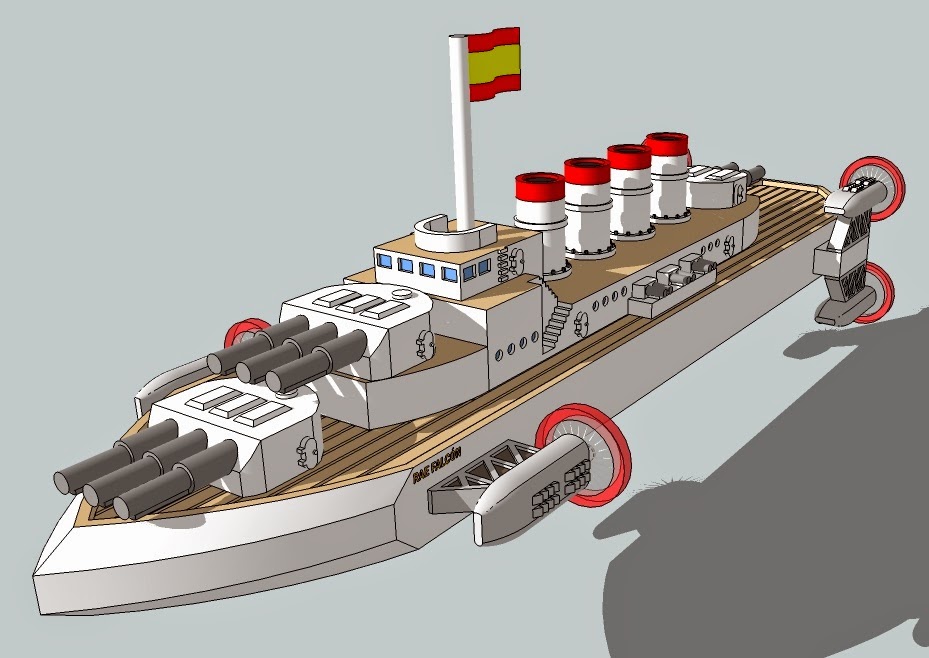 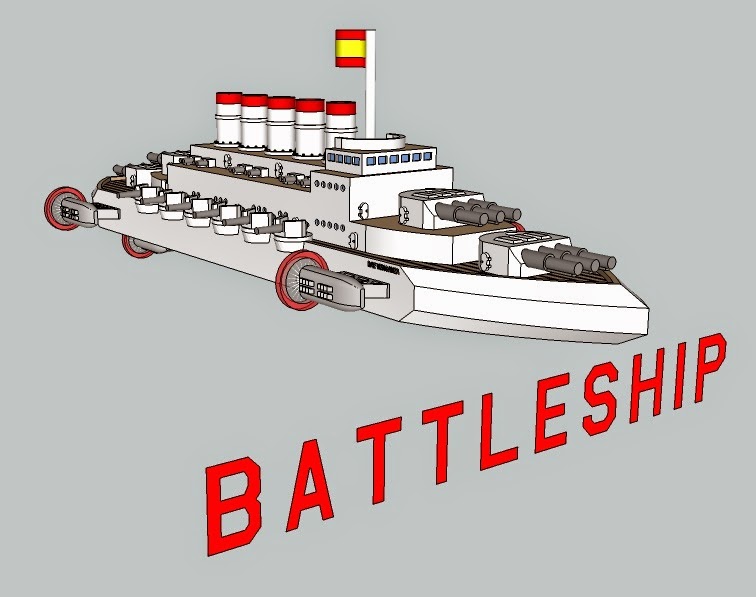 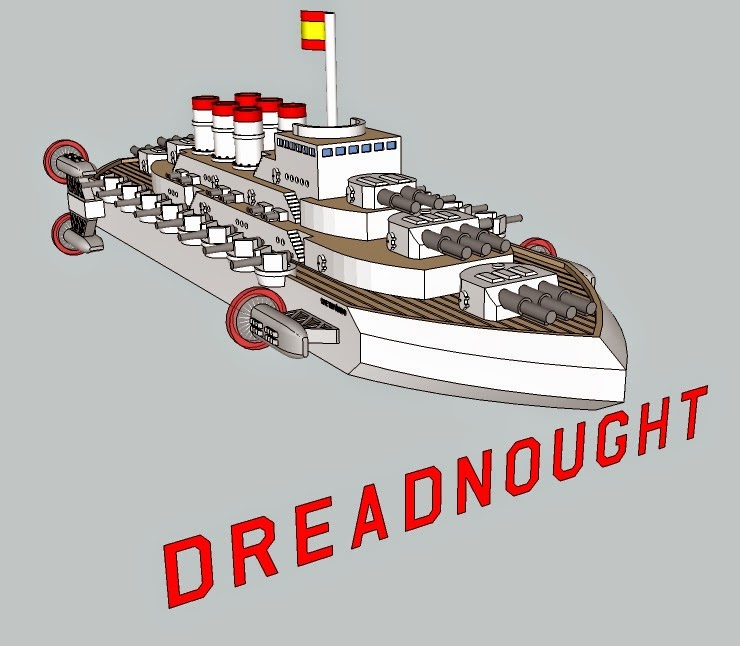 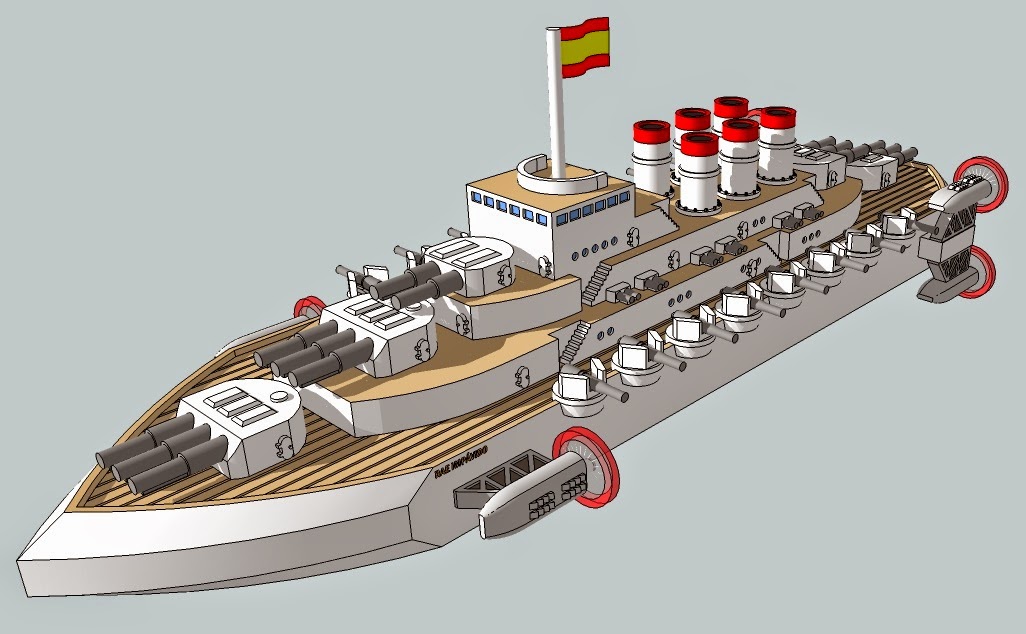 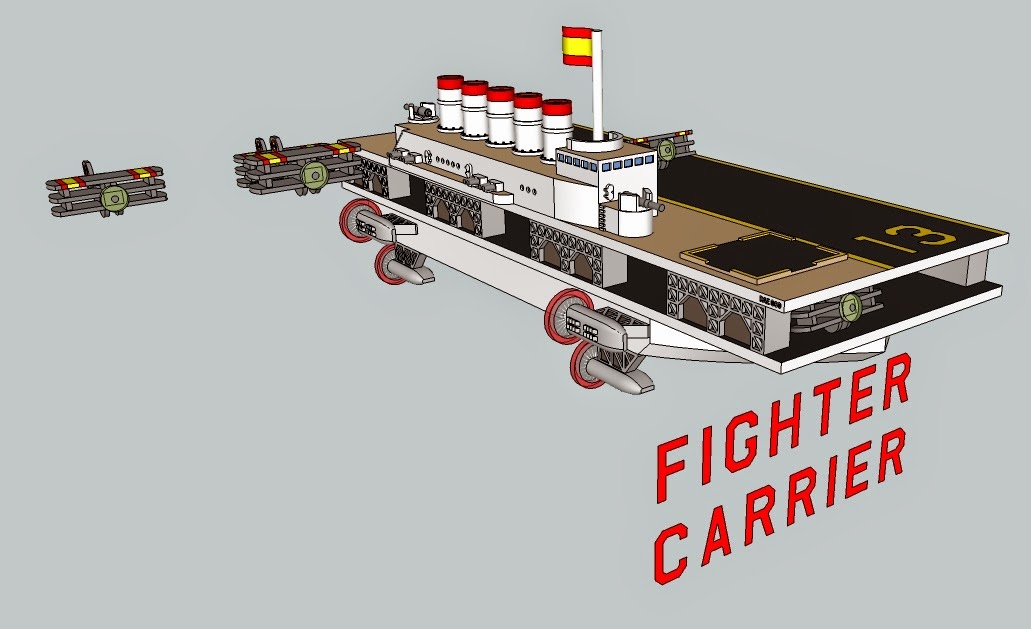 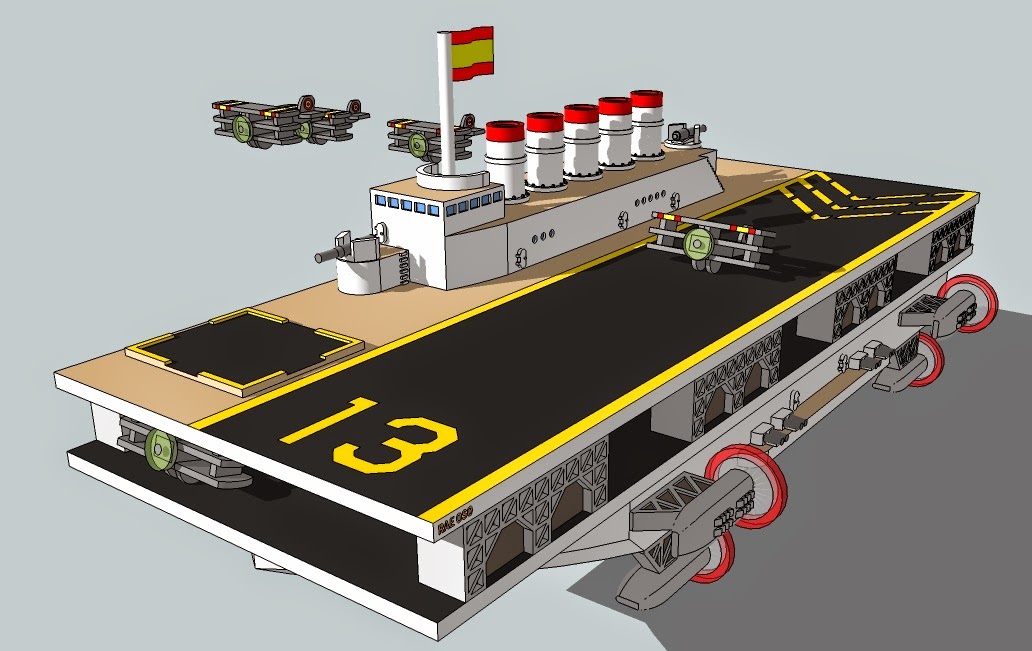