Here is an item I made exactly 51 weeks ago, when someone posted a pic of a new Russian security vehicle on The Miniatures Page.  I might eventually try to find someone to produce it for sale, but for the moment, it's just eye candy! 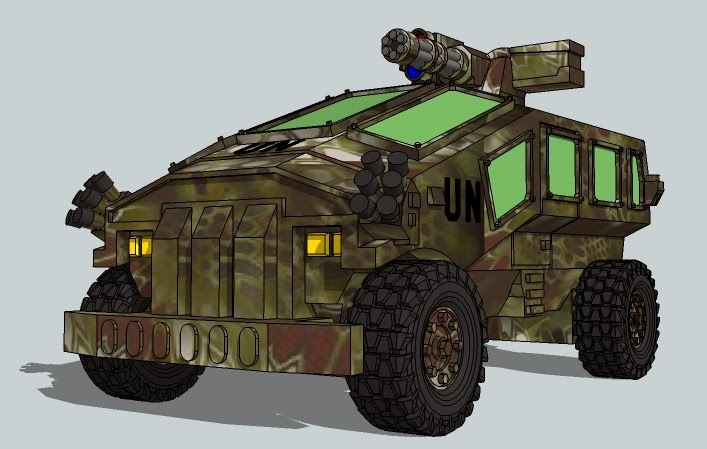 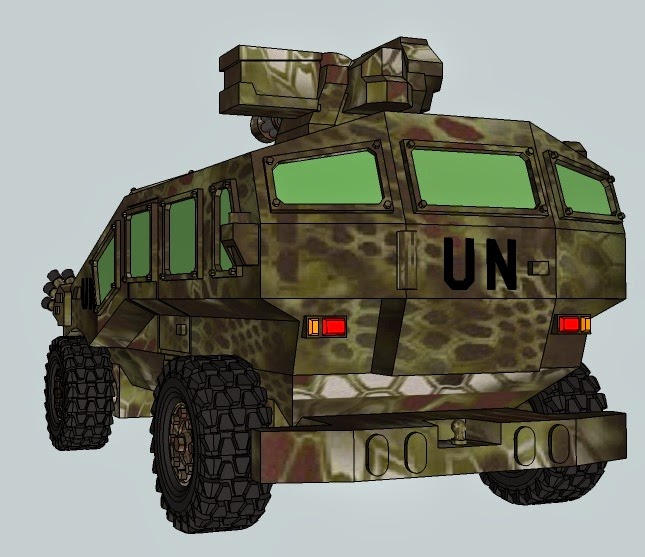 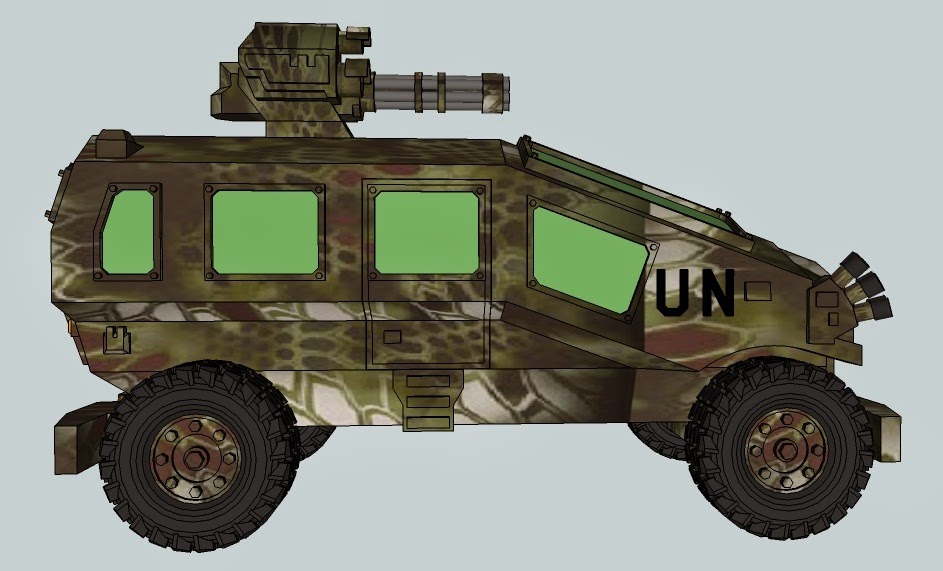 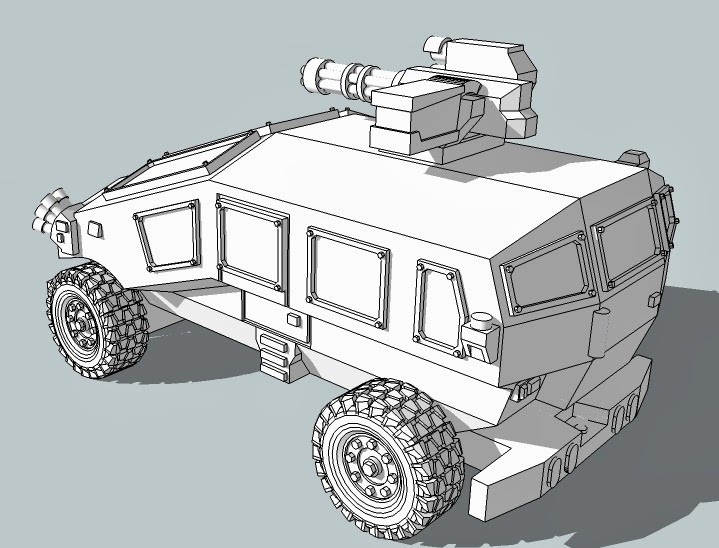 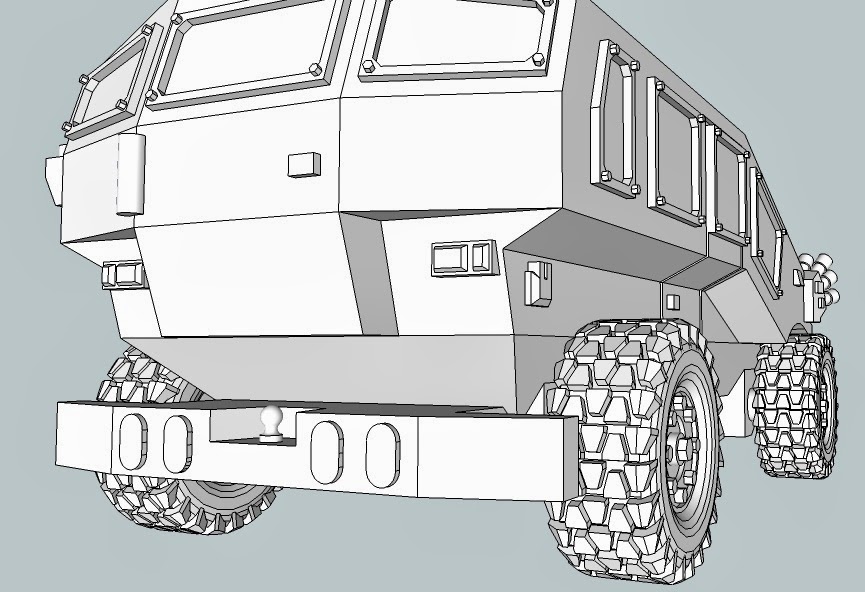 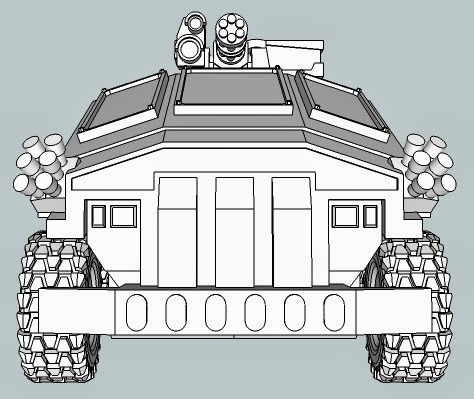 Quick update:  here is the ZIL in civilian police service: 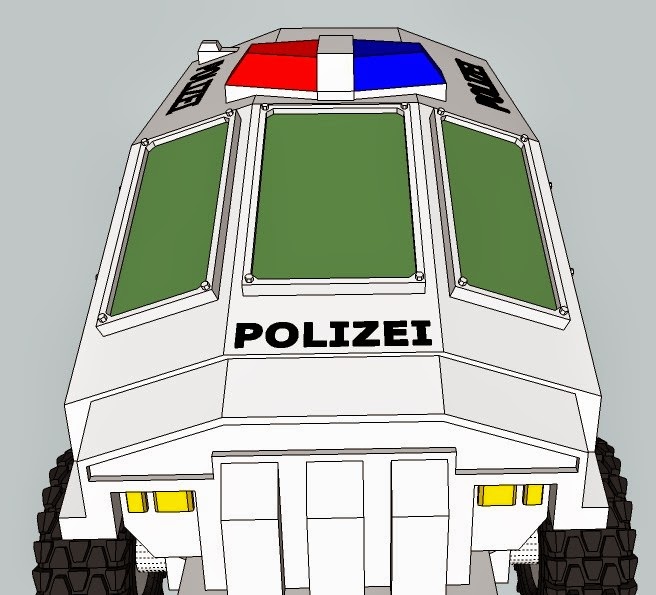 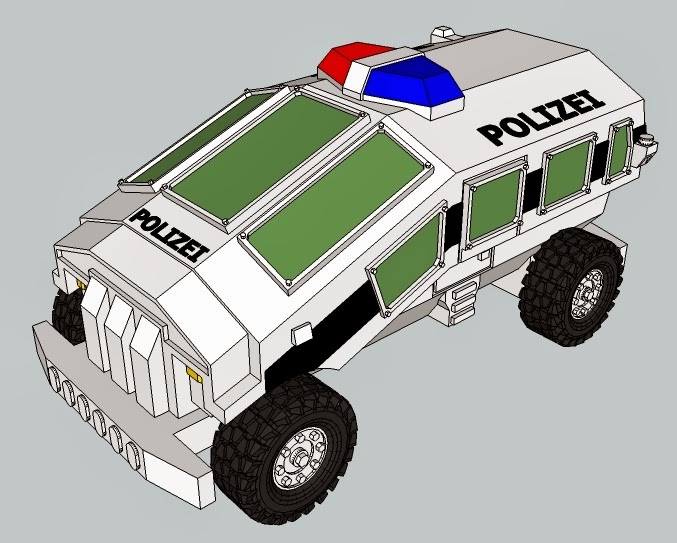 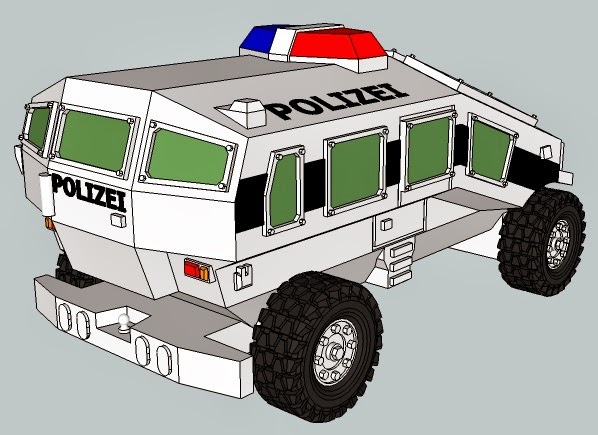 I have a pretty sizable collection of starship miniatures from such excellent sources as Brigade Models, Ground Zero Games, Kallistra, and others, including some scratchbuilt items.  About a year ago, I noticed that Brigade's excellent line of starships did not cover the fluff's NeoSoviet faction, so I decided to try my hand at it in Sketchup.

The style is largely inspired by the Eagle Transports from Space: 1999 and the Cygnus from Disney's The Black Hole.  I wanted to capture the sparse, no-frills, industrial feel of the NeoSov approach to warfare.

Each ship is constructed of modular components that allow them to engage in a variety of missions.  The main weapon is the dual-mount railgun turret, followed by the turrets of nuke-tipped smart missiles.  The carrier packs a complement of Ferret-class heavy fighters. 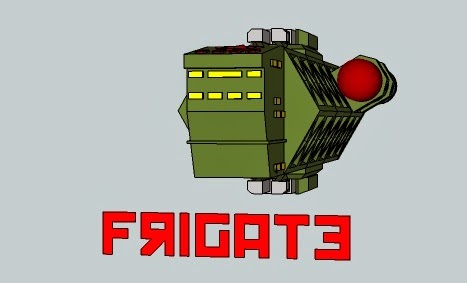 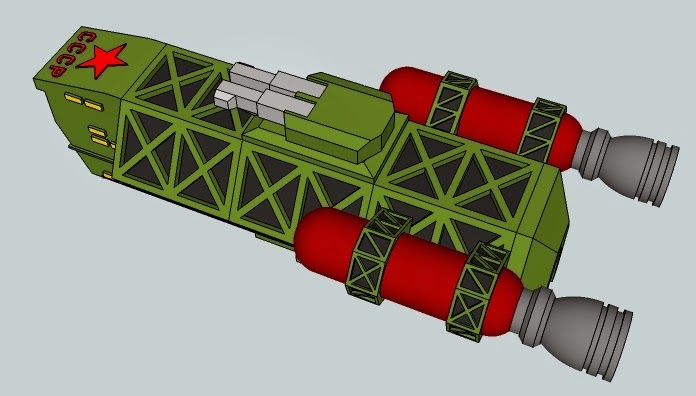 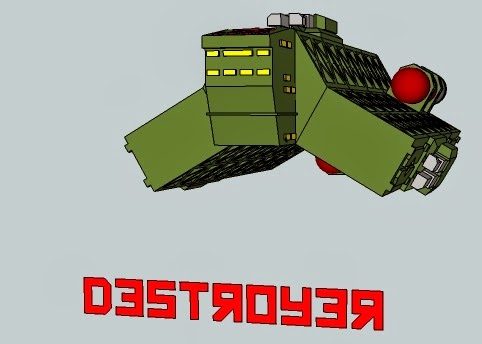 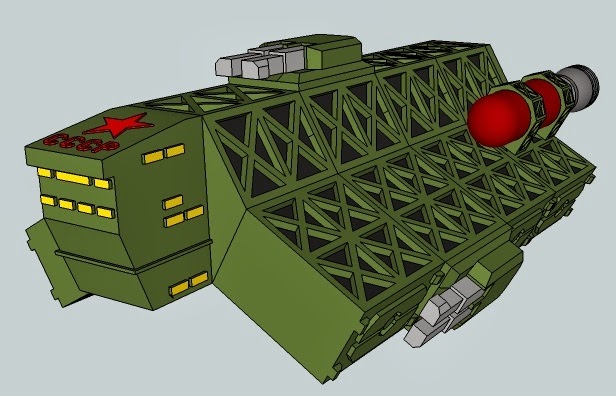 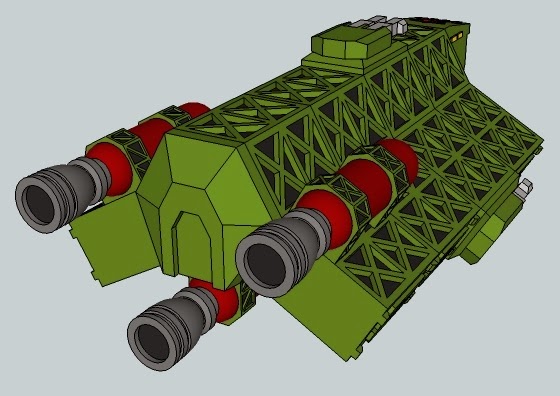 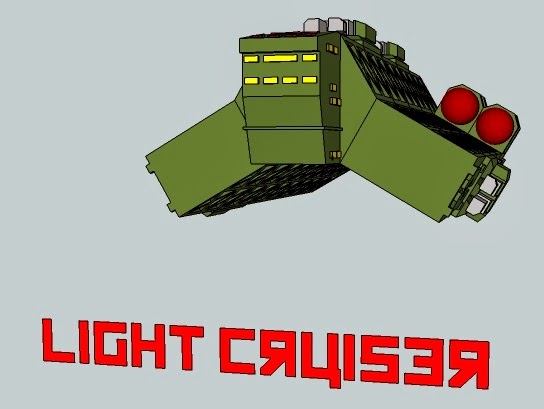 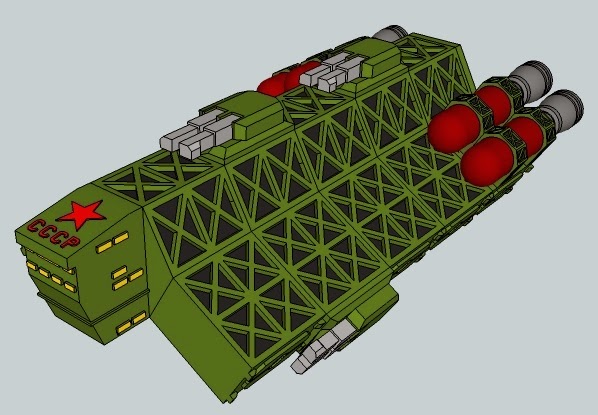 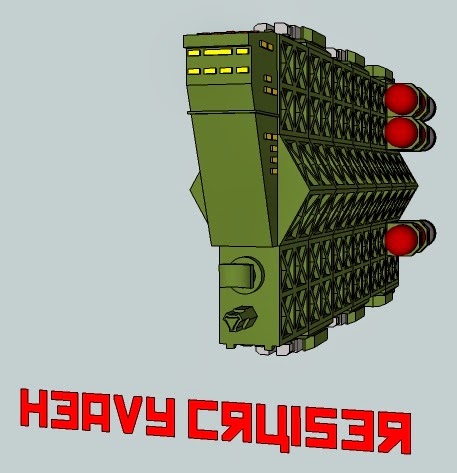 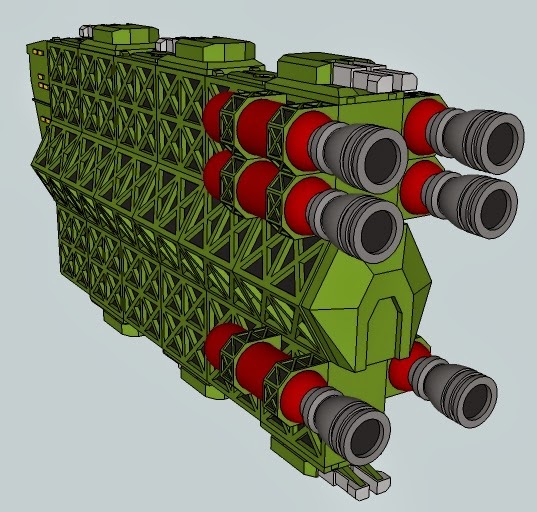 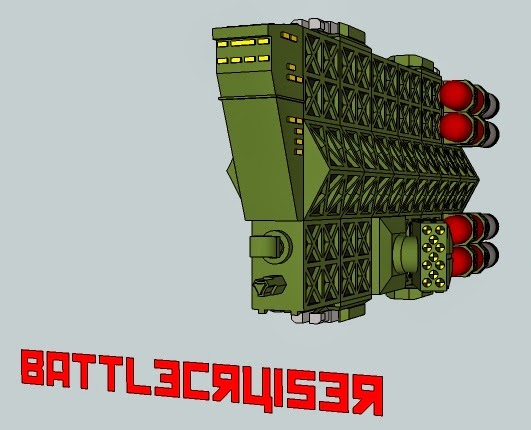 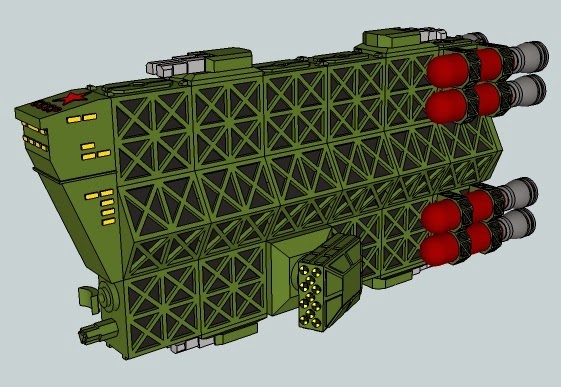 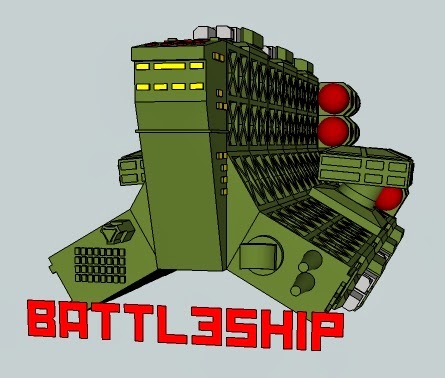 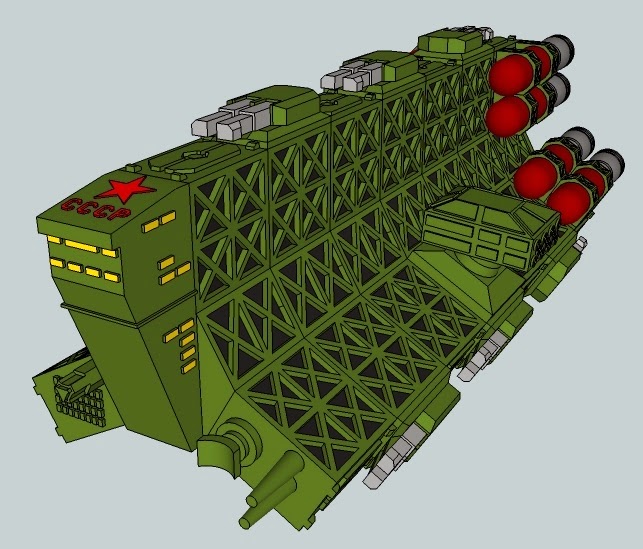 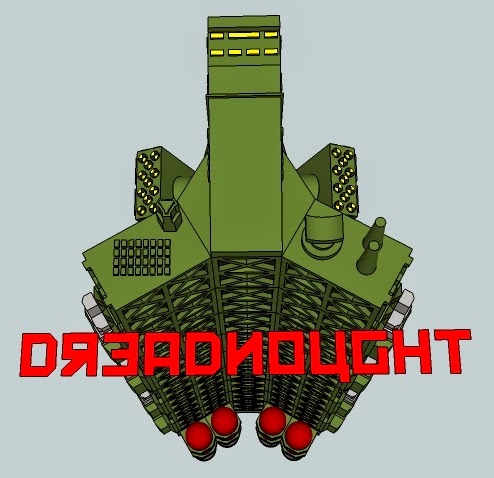 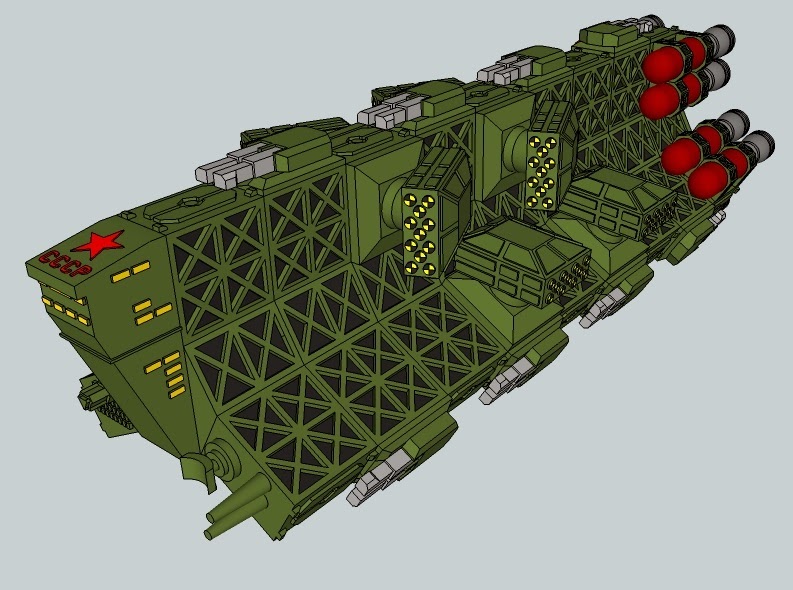 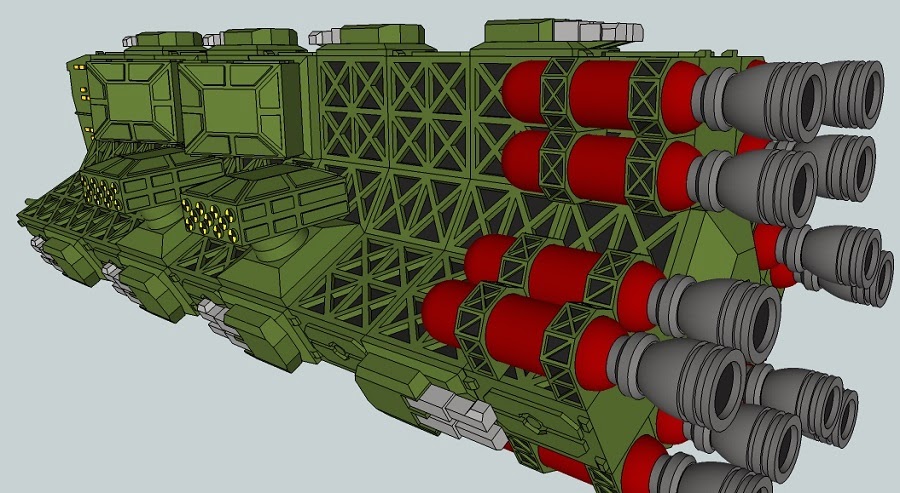 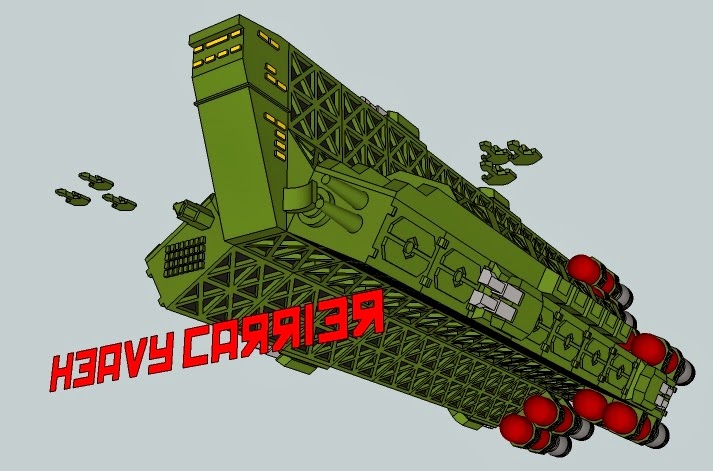 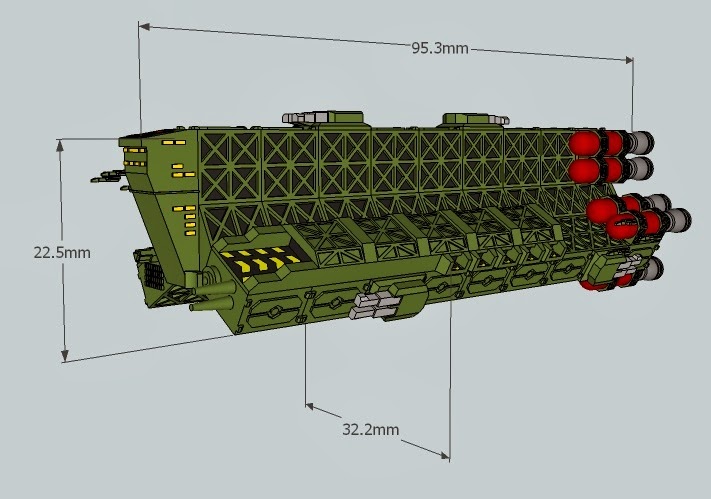 And a group shot:

All the ships were built from these basic elements: 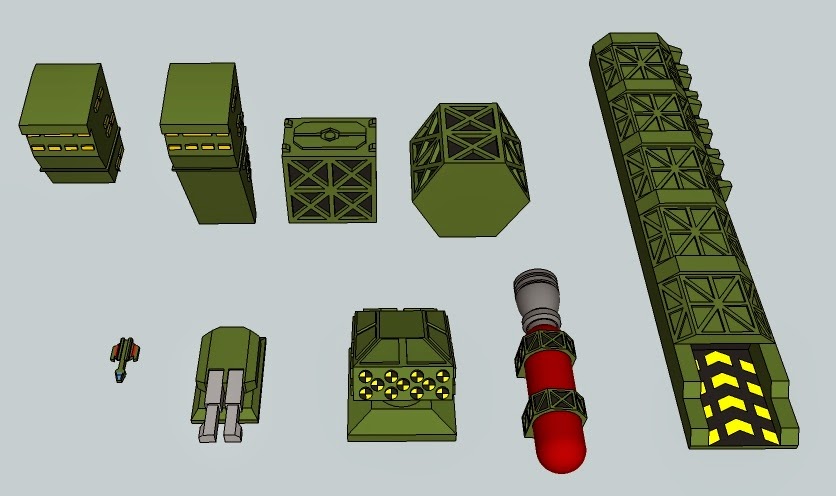 I realize now that I should have designed a lighter-weight gun for anti-fighter use, and the turrets are a little off, somehow.  Maybe they're too big.  I'll have to think more on that concept.