My very first exposure to a micro-armor style game was around 1981, when I was 8 years old and went with my sister to Gamefaire, Spokane's original game con held at Spokane Falls Community College.  In one corner, a group of guys was preparing to play a home-brew set of 6mm sci-fi rules using Merkavas with the tracks removed;  they were, in fact, anti-grav Merkavas!  They let me take control of a single APC and infantry squad, which I promptly lost through having an 8-year-old's level of tactical understanding.  I loved it and was hooked on sci-fi minis for life.

In honor of that first game, I decided to make my own sci-fi Israeli armor.  Here we have both GEV and anti-grav versions of both the Merkava tank and Namer infantry fighting vehicle.  First up are the GEV vehicles. 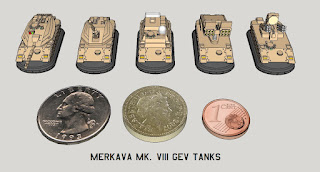 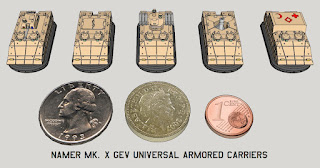 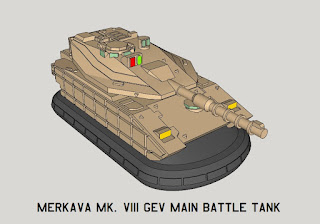 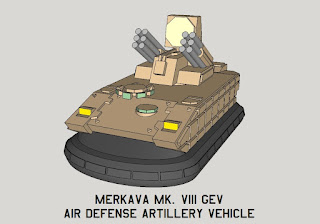 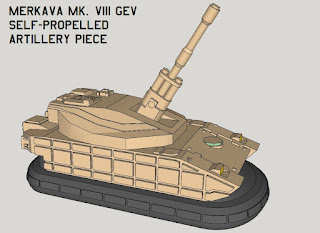 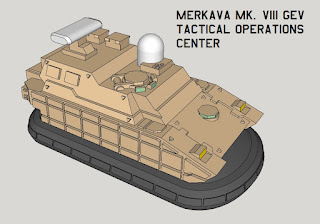 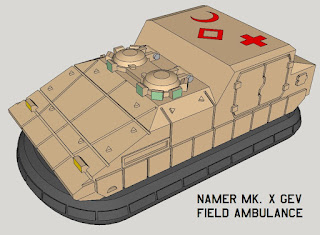 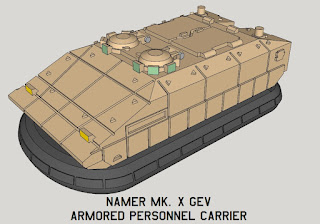 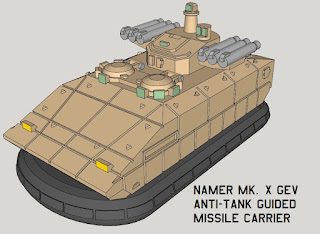 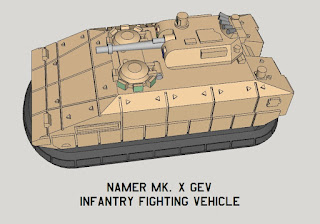 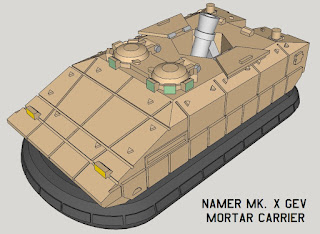