The Hexapodae are a race of sentient crab-like aliens that I wrote a story about for NaNoWriMo '06 or so.  I've long thought about Sketchup'ing a collection of them for gaming purposes but never got around to it.  Well, thanks to the prompting of a thread on the Angel Barracks forum, I sat down and whipped up some 6mm versions of these things.  This represents about 8 hours of focused work.

One of the aspects of the Hexapodae is that they weld their infantry weapons directly to the soldier's shell.  In my story (which, sadly, didn't reach the 50,000 word mark required to be a success under NaNoWriMo's rules), civilians would ornately decorate their shells by welding on jewels and intricate metal filigree.  The military Hexapodae aren't allowed to do so, but their weapons and protective helmets are semi-permanently affixed before they deploy.

The basic infantry Hexapod is armed with a 4-terawatt plasma emitter.  While good for nearly a thousand rounds, the plasma weapon has quick-change fusion batteries that can be changed out on the battlefield by a fellow Hexapod.  While Hexapodae are not armed with close-combat weapons, their forelegs are vicious and can easily remove the roof from a car. 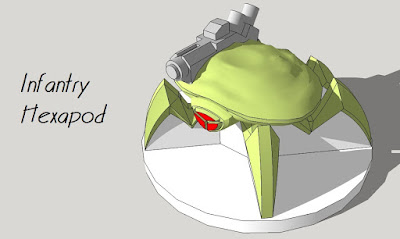 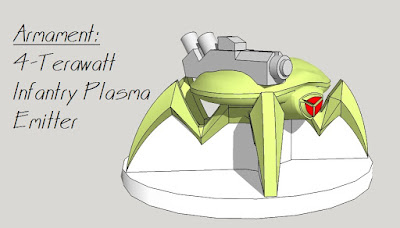 The addition of an indirect fire-support weapon makes the Hexapod infantry squad that much more deadly in urban environments and rough terrain.  The meson-plasma mortar launches a physical projectile which is detonated by a focused stream of mesons emitted by the curved dish on the side of the mortar.  Since the meson beam passes harmlessly and losslessly through physical objects, this allows the Hexapod mortar specialist to perform air-burst or ground-burst fire missions, and can even land a projectile in an empty spot and then detonate it once the enemy passes by. 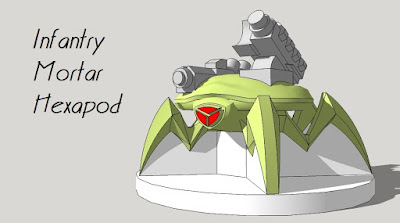 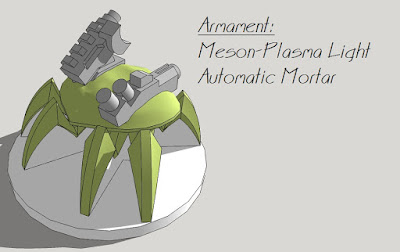 The fire support Hexapod is armed with a huge 32-terawatt variable-fire-rate plasma cannon.  The cannon itself weighs nearly 400 pounds and is mounted directly on the center of the Hexapod's carapace.  The VFR plasma cannon is different than other weapons in that the soldier can choose to spool up the plasma coils to create a single shot capable of destroying a light vehicle or bunker, or can choose to go with a cyclic rapid fire that spews forth dozens of smaller plasma bolts that are weaker than from the standard infantry weapon and have shorter range, but are capable of laying down suppressing fire. 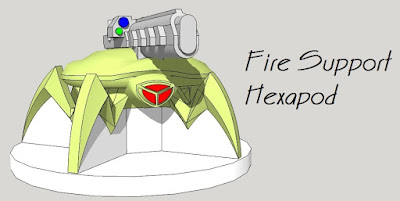 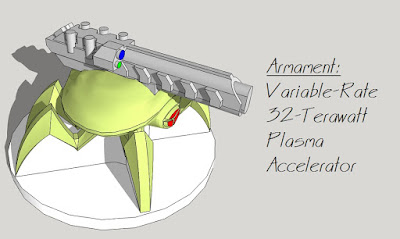 The scout 'Pod is a specially-trained infantryman who focuses on gathering intelligence (reconnaissance) and disrupting enemy scouts (counter-reconnaissance).  Its mission is enabled by the addition of a sophisticated sensor package mounted on its left "shoulder".  This package can scan, detect, identify, and transmit key statistics about enemy units, or, for counter-recon purposes, can emit a disruptive jamming signal on a variety of spectra.  However, it can't do both at once, so the decision to sacrifice vital intelligence for the advantage of blinding an approaching enemy force is one that has to be made at the command level. 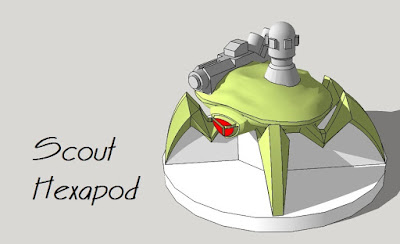 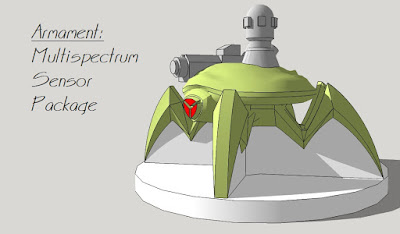 For situations when the VFR plasma cannon is not enough, the antiarmor specialist is called in.  This 'Pod carries a three-shot, reloadable missile launcher, with an independent sub-AI guidance package and antimatter warheads capable of releasing around 0.25 gigajoules of destructive energy.  The missiles are not designed to be used against aircraft, so the antiarmor specialist is employed strictly against heavy ground targets. 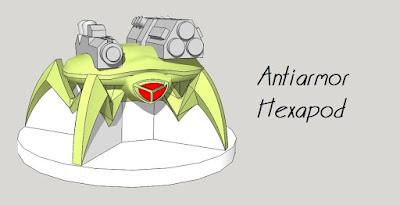 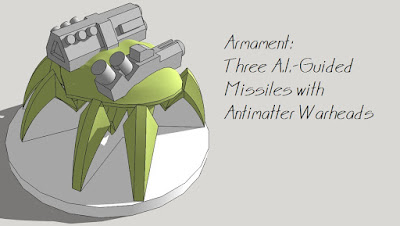 Here are some additional glamour shots. 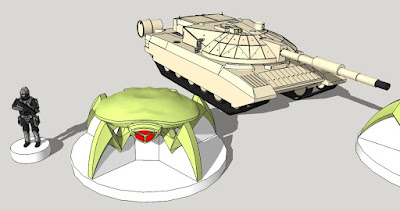 I'm still trying to decide if or what to do for other variants -- close assault, sapper/engineer, command, medic, etc.  Any feedback is appreciated!

Update:  Here is a pic of the infantry 'Pod against a scale chart.  I think it could be used with 10mm and 15mm, as well. 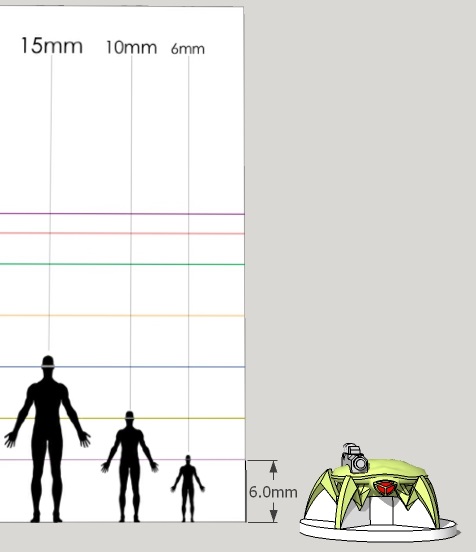